Sometimes I really love the MTA. I get on my R-train, spend half an hour reading, and I’m magically a couple of blocks from work. I don’t have to sit in traffic and deal with tailgating SUVs or speeders cutting me off like when I commuted in Oklahoma. I also don’t have to be on a bus of high schoolers staring at me, the one foreigner and person over 18, like in my commute in France. However, today is one of those days when transit was just not in my favor. I got stuck at Lawrence Street because the train ahead of us had mechanical failures. I made it home (obviously, there’s no wifi in those tunnels), but I was already tired from staying late at work for a meeting and am now more like exhausted. I  had bad luck this past weekend, too, when the G wasn’t running, which is the only way to cut across Brooklyn. Lately, I also have a knack for sitting by super chatty people, as if the headphones and book didn’t give the impression that I wasn’t really on the train for the conversations. I’m probably just the most non-threatening person in the train car.

So that’s my mass transit musing for the day. Last I posted, I had returned from Oklahoma to New York. Later that week, I met up with Elizabeth and Eszter at Ost Cafe for coffee. We then walked to the Lower East Side to see this art installation arcade called Deluxx Fluxx.

Made by artists Faile and Bast, the Deluxx Fluxx arcade was immediately exciting with its two rows of games and catchy electronic music and walls plastered in neon posters. Turns out that the music was done by Les Savy Fav, so no wonder it got stuck in my head. You couldn’t win or lose the games, but instead sort of interacted with them (for free!). In the back room, there was a foosball table and blacklight posters. It was insane! Kind of like if Oogie Boogie from Nightmare Before Christmas opened an arcade. I was my usual awful self when it came to the foosball playing. Although who cares when you are playing in a mayhem-driven place of sensory overload, where getting close to a seizure seems to be as close as you can get to winning.

Now that I think about it, the bulk of my video game playing hasn’t been about winning at all. I used to spend hours playing The Sims, mainly building giant party houses or setting up disastrous love affairs. I even made the Masque of the Red Death house from the Edgar Allen Poe short story, where each room is a different color ending with room with a clock, and threw a Sim party that ended much the same as the story, except with lots of oven fires instead of the grim reaper showing up. Me and my brother also logged a lot of time on the multiplayer level on Golden Eye on Nintendo 64. But we had a special version of the game where we only allowed proximity mines to be planted; no guns. So you would just run around wildly throwing bombs and the winner would have been exploded the fewest times. Then there was Star Wars Battlefront and Dynasty Warriors, both mindless fun with endless battlefields and abominable kill counts (I mean, you have to feel back about slaying like 300 wookies in one place). And now I just play the games I find in weird art gallery installations. Oh, and I guess at the Barcade, where I get angry the snake in Qbert.

Wow, a subway paragraph and a video game paragraph, I’m really on a roll. Um…less nerdy blogging ahead. Well, maybe. 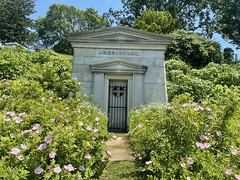 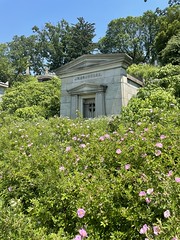